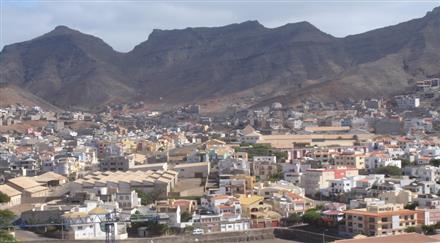 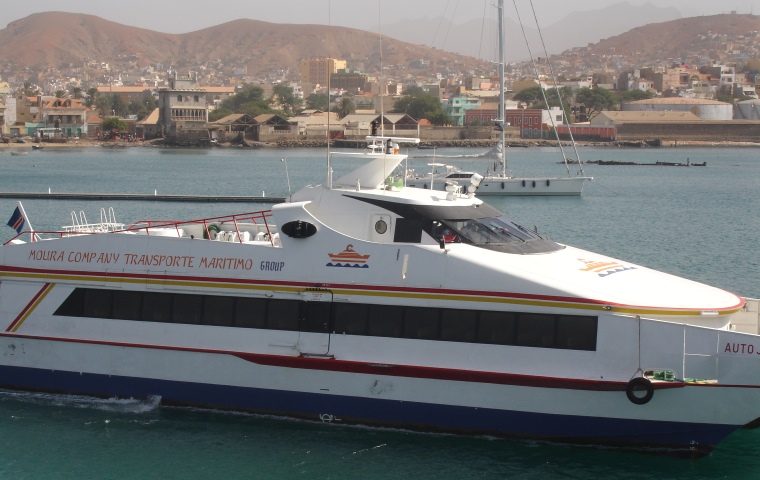 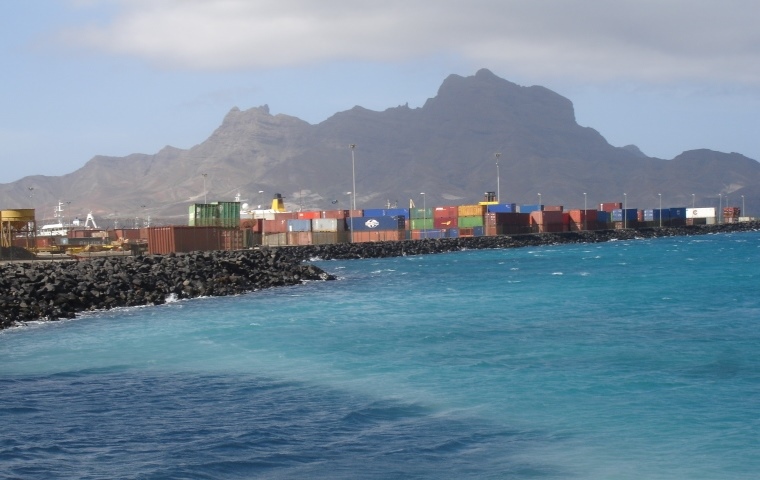 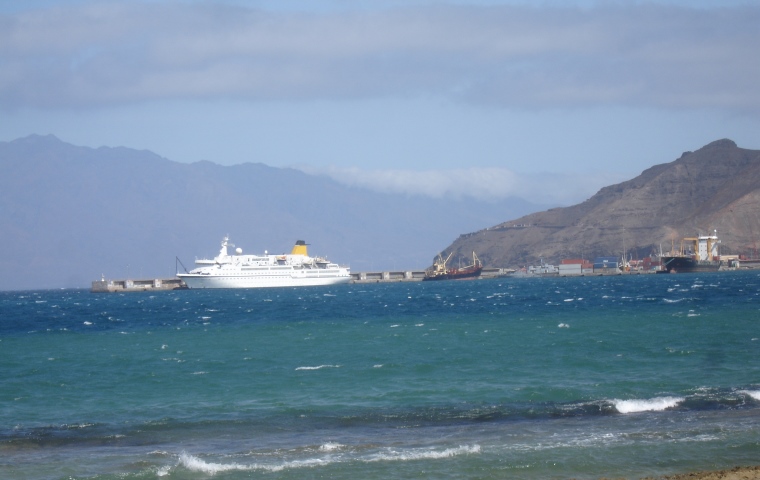 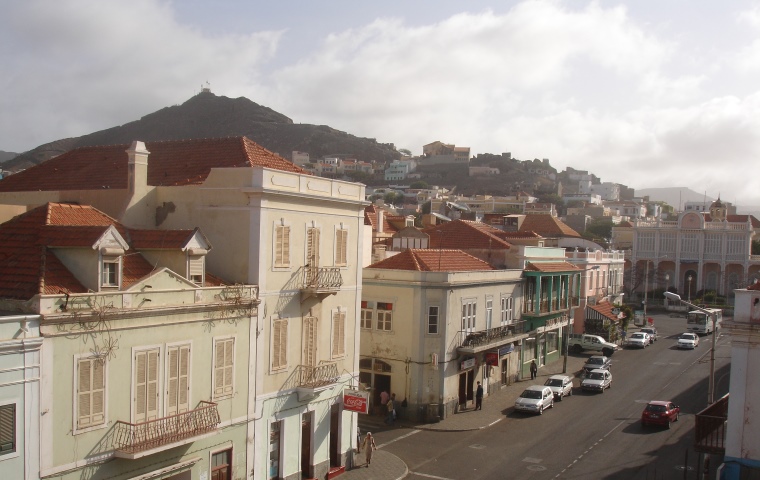 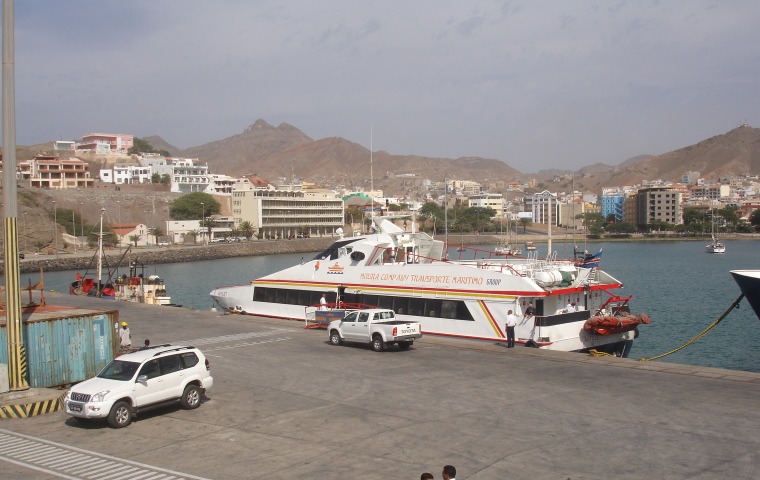 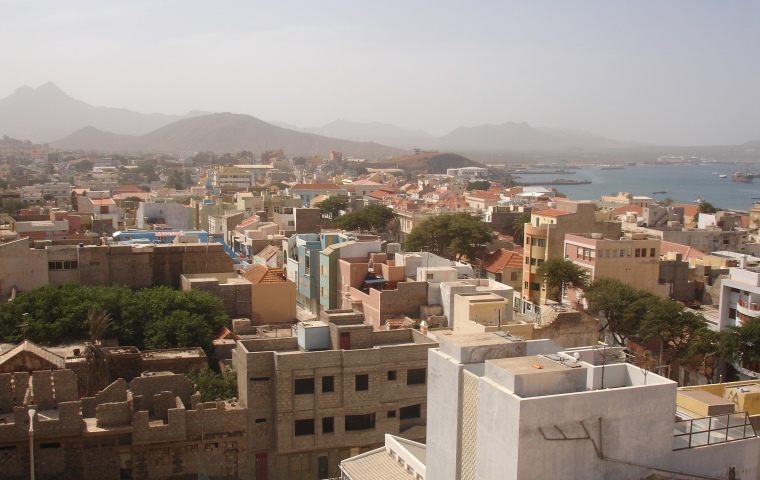 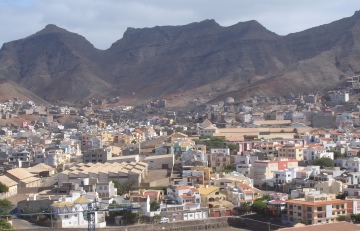 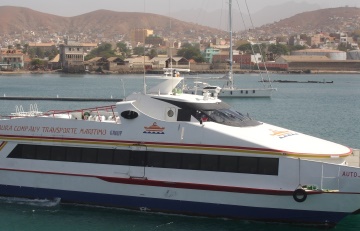 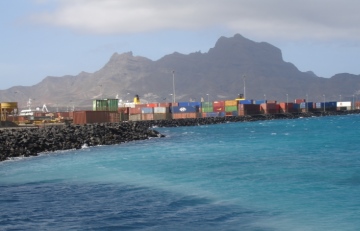 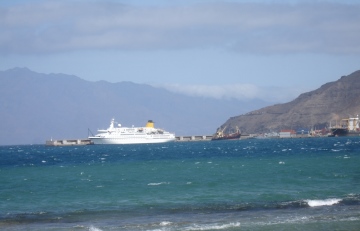 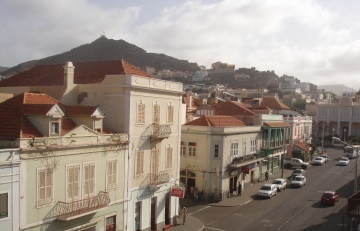 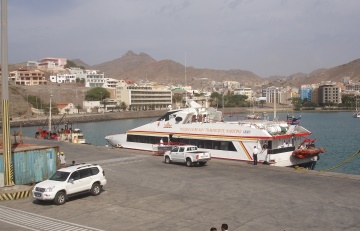 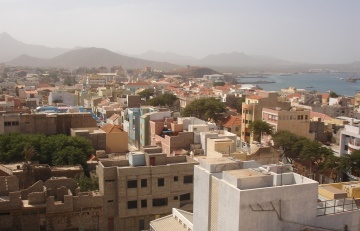 Sao Vicente, Cape Verde's second City. Mindelo is known to be the cultural capital city. The large port welcomes cruise ships. From here you can take a short ferry ride to the island of Santo Antao. Mindelo will have its carnival in February, it attracts people from other islands, diaspora and those seeking to experience the carnival and cultural atmosphere of Mindelo.

The island of Sao Vicente was discovered in 1462. The area of deep water in which the harbour lies was originally the internal area of a crater, the northern extremities of the crater having diminished, allowing the sea to claim more land.

Nothing much happened on the island until 1795 when there was an attempt to occupy the island but with little success. In the early 1800’s the British established a consulate and depot on the island and it was the British that referred to the island as ‘ cinder heap’. By the mid 1800’s ships from Cardiff brought coal to the island to be used to refuel ships sailing from Europe to South America. At that time it was the fourth largest coaling station in the world. The local economy didn’t benefit greatly from foreign investment and there was no investment in building a new pier which could have helped it compete with Dakar.

A number of events affected how Sao Vicente would develop. The opening of the Suez Canal in 1869 had a major effect on the port as a refuelling station. A British workforce of Western Union employees had come to live and work on Sao Vicente when a submarine telecommunications cable was laid in 1875. When technology advanced the workforce was withdraw and they returned home. Oil eventually replaced coal as a fuel, this reduced the labour required and resulted in the workforce being reduced. At this time it was reported that Mindelo was a city of beggars, thieves, hungry people and smugglers.

In the early part of the 1900’s there was a rise in opposition amongst many Cape Verdeans to colonial rule and Portugal. This dissent spread to other Portuguese African colonies and Cape Verdeans.

In 1941 as a result of drought and famine many people fled and travelled to other islands in the south such as Sao Tome and Principe. 1941 was also the year in which Cesaria Evora was born.

The singer Cesaria Evora was born in Mindelo in the Lombo area. When her father died when she was 7yrs of age she went to live with her grandmother. As a young girl Cesaria or Cize to her friends sang at a band stand on Sundays at a local square. After raising two children and attempts to raise money through singing Cesaria stopped giving live performances when independence came in 1975 and didn’t return to sing for nearly 10yrs. Now Cesaria is known as the Bare Foot Diva. In 1993 she began her first international tour.

Today the deep waters in the harbour allow cruise ships to dock. There have been many improvements carried out within the port, developing its pier, several quays and ship yards.

Reforestation has been attempted in some areas, mainly along the road from the airport into Mindelo.

Mindelo is where it all happens. There are many cobbled streets and squares amongst 19th Century European architecture.

The two main carnivals of the Cape Verdean islands take place in Sao Vicente, the Carnival in February and the music Festival in August.

The capital of the island is Mindelo which is also known as the cultural capital of Cape Verde, as opposed to Praia on the island of Santiago being the business capital. The large sea port of Mindelo accepts cargo and cruise ships in its deep waters. Mindelo itself is vibrant with remnants of the Portuguese influence and colonial houses along its main roads.

On the other side of the island is a popular place for those wishing to get away on weekends to quieter areas such as Baia das Gatas. Not so quiet when it is festival time when a concert stage and tent is set up ready for some great music and fun. The festival takes place every year around mid-August and attracts musicians from all around Cape Verde and those that have returned from life abroad to share their music on home soil.

This street carnival takes place every February in Mindelo, 40 days before Easter on the Catholic Calendar. The Mindelo festival follows a similar festivity as the carnivals that take place in Brazil. People dress up in colourful costumes and head dress as well as other outfits, a vibrant mix of costumes, music and dance which explodes in a big celebration.

If travelling across to Santo Antao by catamaran or ferry, try and board at least 30 minutes before departure. If expecting to travel by air to another island, always confirm before arrival at the airport that you are booked on the flight, as some people who have not checked have found the flight time has changed or that they will have to take another later flight, this is not so good if you have another onward flight to catch.